Here's hoping everyone has a Fantastic Thanksgiving Day. 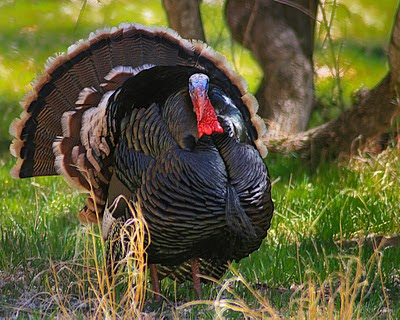 This was taken in Zion National Park back in March 2007.   I updated it a bit with a trial version of Nik Viveza.   All the Nik software is on sale right now.   I've been using the Nik Define 2.0 package for a while and have been very happy with it.   They have a new HDR tool that results in realistic images.  I'm thinking about getting the entire package.
No comments:

At one end of the West VIrginia Greenbriar "Rails-to-Trails" bike path is the Cass Scenic Railroad State Park.   Located on the east side of West Virginia, not far from the Snowshoe Ski Resort, the state park includes the former West Virginia Spruce Lumber Company town of Cass and 11 miles of track from Cass up into the highest points of the Back Allegheny Mountains.  West Virginia has some very nice state parks and Cass is one or the more unique. 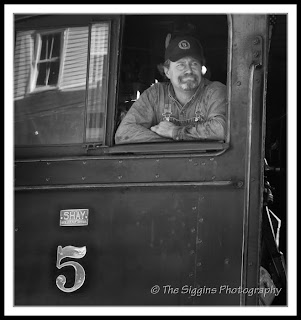 We arrived in Cass after riding the Greenbriar Trail for 25 miles from Marlinton WV.   The train pulled into the station shortly after we arrived, dumping a trainload of tourists into the town. 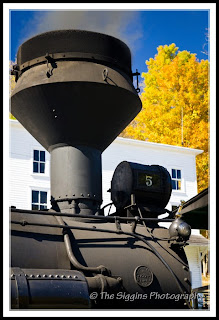 It was early afternoon on a bright cloudless day, which made photographing the train very difficult.   The black engine and the white company store building behind it were two extremes in tonality.   I wanted to get both, plus the yellow tree and the blue sky.  It took several tries, each time checking the histogram on my camera and adjusting to not blow out the whites while maintaining details in the dark areas.

I didn't take too many of the engine and train.  The engine was attached to the train backwards, which just didn't look right. 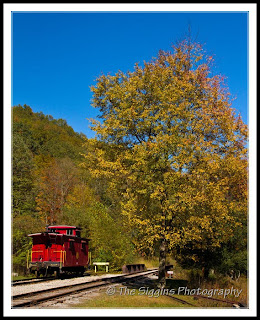 A little ways up the tracks from the town was a water tower, repair yard, the old saw mill and this caboose.  I was hoping to catch the red caboose with bright fall colors behind it.  We had missed much of the fall color on this trip and the colors in Cass were still a few days away from peak.

The state has maintained the town of Cass pretty much like it was when it was a company town.  There are streets lined with white company houses, white stores, and white churches.  In fact, I think every building in the town looked like it came from the same plans and was painted with the same white paint.   The exception is the old saw mill.

The saw mill was once the largest double-band sawmill in the world.  Today, some of the buildings remain in ruin just outside town.  The ground around the mill is littered with old equipment from the mill.  They have done a good job with signs telling about the mill and about the remains spread out all around.   Unfortunately, we could not get close (for obvious reasons) and had to be satisfied with taking pictures from  several hundred feet away. 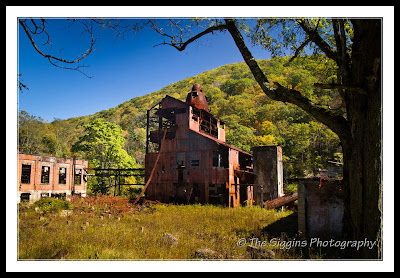 While trying to find a short cut back to the Greenbriar Trail we ran across some old abandoned train cars from Cass Scenic Railroad's earlier days.  These are sitting on a siding with grass and bushes growing up all around.  The windows are all broken out and the cars are slowly rusting away. 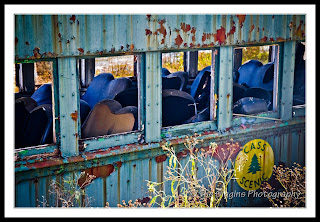 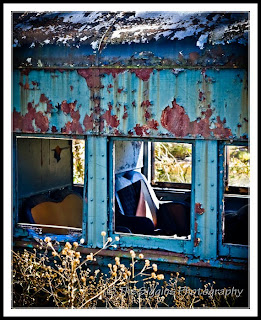 I used Adobe Lightroom to give these photos the edgy look that enhances the texture and colors in the old cars.   I was still struggling with the extreme light conditions and had to do some editing in Lightroom to bring out the details inside the cars without blowing out the brightest parts.
I think I could have spent a couple hours climbing around the cars taking pictures,  but it was time to head back to Marlinton so we could get there before sundown.   It was another 25 miles back after all.
There are more West Virginia photos available online in my gallery.
No comments:

Fall is a beautiful time in Kingsport Tennessee but it's way too short.   It's almost like God grabs three paint brushes and colors the trees with brilliant yellows, reds, and oranges.   Early morning and late evening are the best times for the fall colors.  The low sun makes the leaves come alive with color before they fall to the ground.

This shot was taken not long after sunrise on October 17 at Bays Mountain Park in Kingsport.  Several of us had met around 5:30 AM to hike in and catch the sunrise over the lake.   There were no clouds that morning and the sunrise was a dud, but the trees more than made up for it.

These colors are now pretty much gone.  A few maples are hanging on but recent rains and wind have pretty much stripped most of the trees.   I hope this photo helps you remember the colorful days of fall. 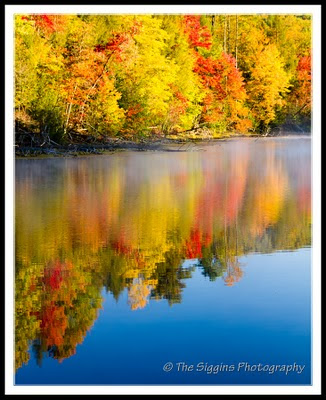 Photos of reflections on water are best made in early morning when the winds are calm.   A polarizing filter is a must to control the reflections and pull out the colors of the leaves.
Prints of this photo and others are available for purchase at the Close To Home Gallery.
Be sure to check out all the photos at The Siggins Photography
No comments:

The Ponies of Grayson Highlands

Grayson Highlands State Park is located in Southwest Virginia in the Jefferson National Forest.  The elevations range from 3,700' to just over 5,000' at the top of Little Pinnacle.   It's a beautiful park with historic sites, hiking trails including the Appalachian Trail, scenic vistas, and a nice visitor's center.   The most unusual feature of the park is the wild ponies that inhabit the balds. 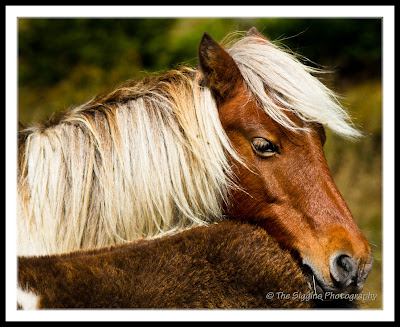 The ponies are allowed to run wild within the confines of the park and are very accustomed to people.   You can walk up to them, which makes for plenty of great opportunties to photograph these beautiful creatures.  Some people touch and feed the ponies, which is why sometimes they will walk up to you like in the last photo. 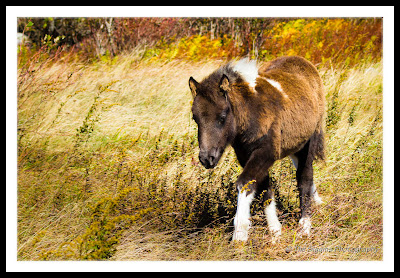 Because of the elevation, fall can come early to the park.   These photos were taken Oct. 1, 2010.   Like most places this year, fall was a week or two late coming to Grayson Highlands.   I didn't get any great fall landscape shots, but I did get some interesting pony shots.

I highly recommend spending a day or two at Grayson Highlands.   While you're there, take some time to walk up on the balds and visit the ponies. 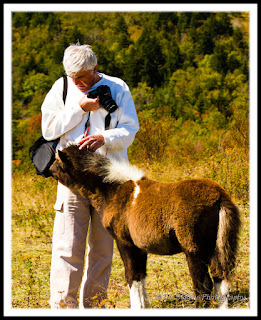