Stop and Then Don't Stop

A few times each winter it will snow in our region of East Tennessee.  The rule of averages says 71% of the time it will snow on a work day.  Nothing like sitting in the office thinking about all the photo opportunities that are slowly melting away.  This weekend we hit the 29% and got snow on Saturday morning.

It was a bit too warm in Kingsport for any accumulation of the white stuff, but less than 60 miles 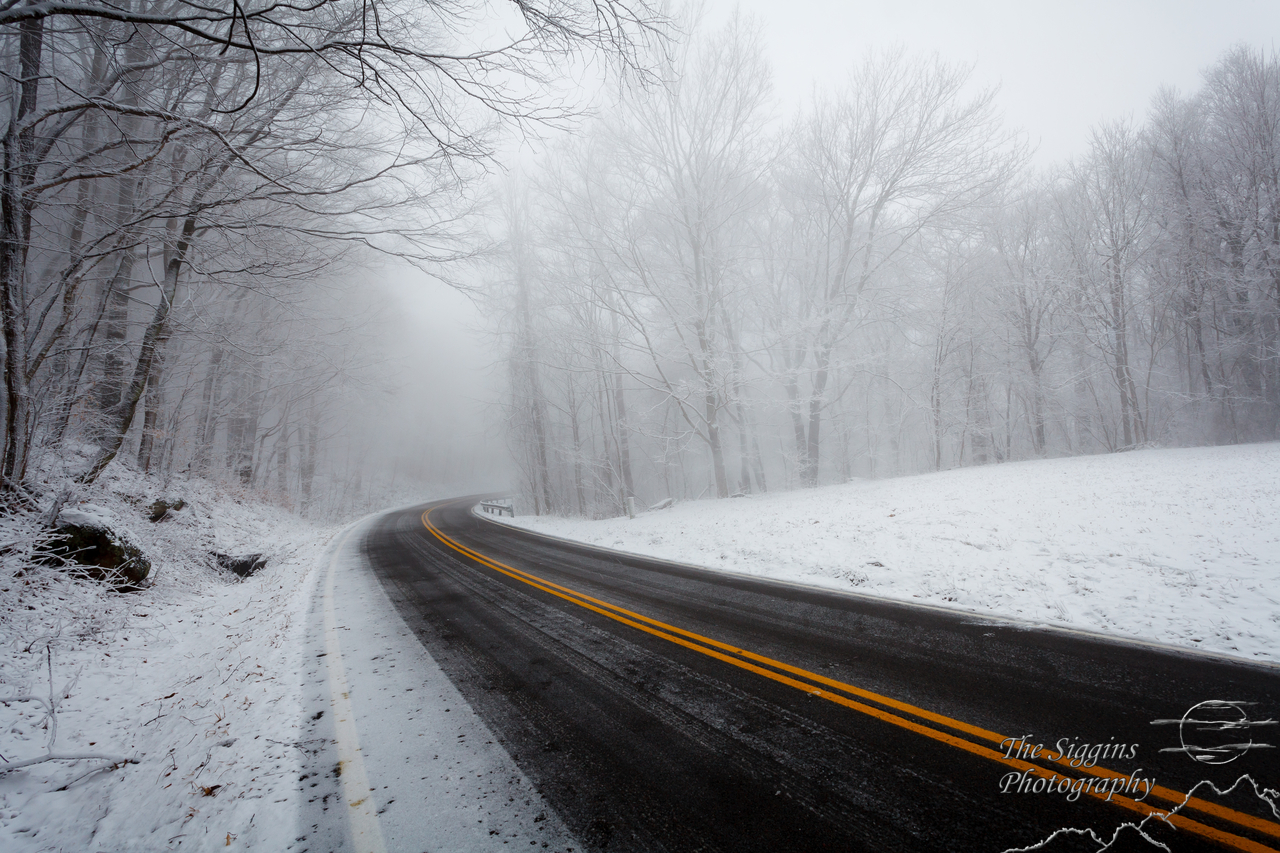 I've had some special times photographing winter scenes up there, but not this time.   It was in the low 20s and the wind was fierce as you can see in the video below.   At one point, my glasses fogged up then the fog froze into a nice layer of frost.  Nothing like trying to see through frosted glasses.  There was no cleaning it off without getting somewhere warmer.

There were about a dozen cars up there with a few people hiking up the trail and a couple guys coming down after camping out the night before.   The strangest thing we saw was a young lady getting out of the car next to us wearing a fur coat with a red dress underneath and a crown if what looked like ice crystals on her head.  She and her photographer headed into the woods to take Ice Princes photos.  We stayed out of their way and didn't stick around long enough to talk with them.   I hope she had some thermals on under that dress!  I'd love to see how the photos came out.

On the way up we had passed a couple photographic opportunities that looked interesting.  Not seeing a good place to turn around and wanting to get to the top I kept driving and said we would get them on the way back down.   One was a bunch of Cattails that were covered with snow on one side.  By the time we got back much of the snow was blown off the Cattails.   As the blog title says, I should have stopped on the way up.  A little further down we stopped at the second spot.

What we had seen was a field of dried up Coneflower stalks with the round spiked heads of the dead flowers covered with snow.   They looked like some kind of new ice cream desert - an entire field of candy balls on sticks dipped in vanilla ice cream.  Willy Wonka's Chocolate Factory in the Winter.  I got this first shot showing a bunch of the cold delights.

Of course I didn't want to stop there.   This time there was a gentle breeze and the temps were in the upper 20s.  Much more conducive to spending time and looking for other shots. 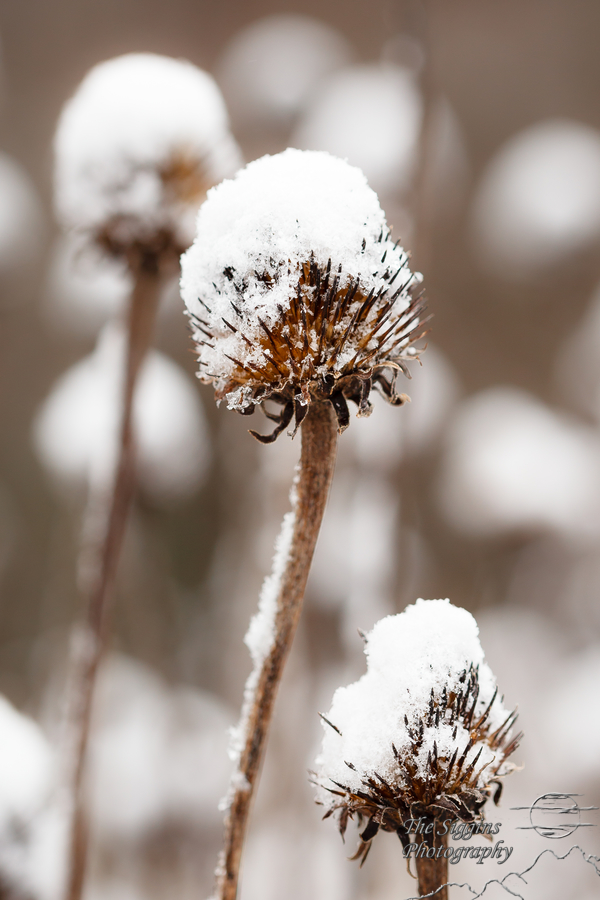 Getting in a little closer to the flowers, I could see the spikes left over from better days.

Getting in even closer, I could see the individual snowflakes where the wind had stuck them to the flower head.   Be sure to click the images to get a full screen view where you can see the details.

I need to remember to stop when I see something I might want to spend some time photographing.  If I had listened to June we would have stopped on the way up (first rule of photography - listen to your spouse).  Once stopped I need to not stop at the obvious shots but keep looking for different angles, compositions, and photos that can tell a story.

Getting Out Of The Slump

Everyone has one from time to time.  That period where we are not doing our best and are having a hard time getting motivated to pull ourselves out of the slump.   Each year when winter rolls around I fall into a photographic slump.  I look outside and see brown and gray.   I don't see anything that makes me want to pack up my camera gear and head out looking for interesting photographs that might be waiting to be captured.   My camera can sit on the shelf for weeks at a time.

Today I have decided to do something about it.   I'm starting a weekly photo challenge put on by PhotoChallenge.org.  Each week the photo challenge authors will throw down a challenge in the form of a photographic theme.  The challenge is to go out and make a photo within the theme of the week.   The themes are designed to challenge photographers to try new things, get a bit out of the box, and best of all -- practice the art of photography.

I made my decision on day 6 of the first week so I had to move quickly.  The theme for this week is MACRO - KITCHEN.   I needed to quickly  make a close up or macro photo of something in our kitchen.   After spending about one minute looking around the kitchen this evening, I came across my subject for the week -- toothpicks.


These are in a little round plastic bottle designed so you can shake one out of the top at a time.  Taking the top off the bottle reveals a repeating pattern of miniture logs daid out in a spiral pattern.

I tried shooting this with my 100mm macro but the depth of field (DOF) was too small.  I couldn't get a photo with most of the toothpicks in focus.   I switched to a 70-200 zoom with a 36mm extension tube, which allowed me to focus closer to the subject.  This was taken at 200mm f/29 and then cropped down to a square image.

I'll learn what the next challenge is in the next few days.  I can hardly wait.   The slump is over! 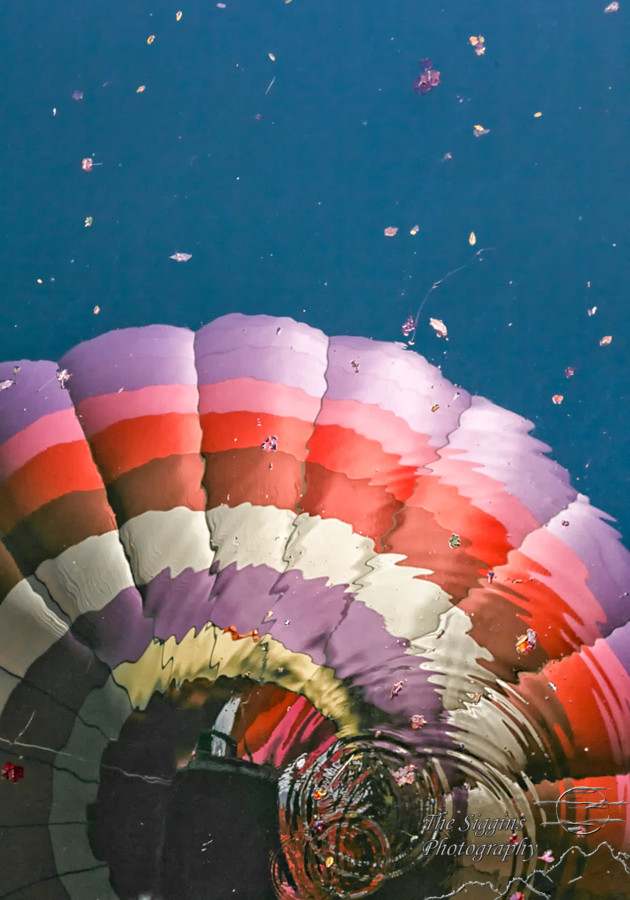 At the end of each year, I like to go through my photos from the past 12 months and pick out my
favorites.

These are my favorites, but probably not my best, photos of 2014. I picked them because they bring back good memories from the past year.  When I look back, all but one of these were taken while June was with me.  I always make better photos when she is with me because she has such a great eye.   It's why this is The Siggins Photography and not Richard Siggins Photography.   We may a great team and I wouldn't be half as good without her.

I hope you enjoy these. 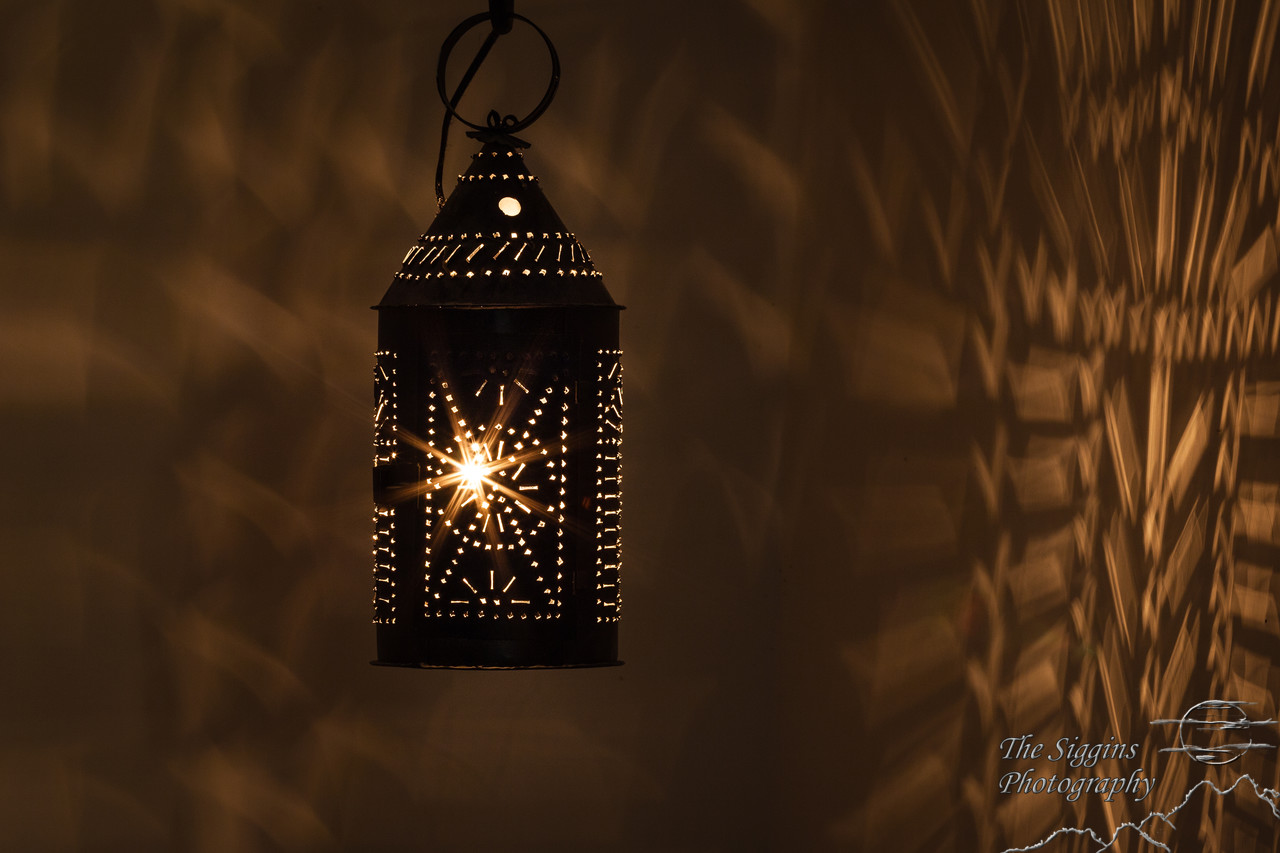