Selective colorization of a photo is not something I typically do.  In fact, I'm pretty sure this is only the second time I've ever done it.  In this case, it solved some serious color issues and made the story of this photo more dramatic at the same time.

When you have strong lights of dramatically different colors it can make it almost impossible to make a photo with realistic colors.   The blue lights from the patrol car and the yellow street lights made this scene appear like something from The Twilight Zone.   I don't know how I could have fixed these colors.  Converting the image to black & white removes those color problems.

This conversion caused another issue.  The red and blue of the flag were now gone and it just sort of blends into the photo.  The key to the story in this photo is the man preparing to carry the flag in the race that was to start in just a few minutes.   I want to draw the viewers attention to the man with the flag.   Bringing back the colors in the flag can do that.

The blue lights made some of the red stripes appear purple and I had to use Photoshop to edit out some of that purple in the flag.  In addition, I turned down the brightest spots, increased the contrast and cropped a little off the left to remove some people that added distractions and took away from the scene.

What do you think?   Do you like the original or final version better?   Leave a comment and let me know.

We usually think of storytelling as an oral tradition but paintings, drawings, and photographs can visually tell a story in a powerful way.    Ansel Adams said there are always two people in a photograph - the photographer and the viewer.   The photographer needs to think about how to capture an image in such a way that it can tell a compelling story to the viewer.

There is a wealth of good information available on how to tell a story with a photograph.   Just try googling "photography storytelling" .

I'm going to try to use some of my photographs from our trip to Iceland to tell the story of geographic isolation and the forces of nature that define the culture of Iceland.

Although Iceland is not a large country it is defined by large expanses of wilderness with few signs of people or buildings.  The landscape is made up of volcanic mountains and very few trees. The people who live outside the capital of Reykjavík and the small towns along the coast have to deal with being isolated from their neighbors.  How can I use my photographs to tell the story of isolation in Iceland? 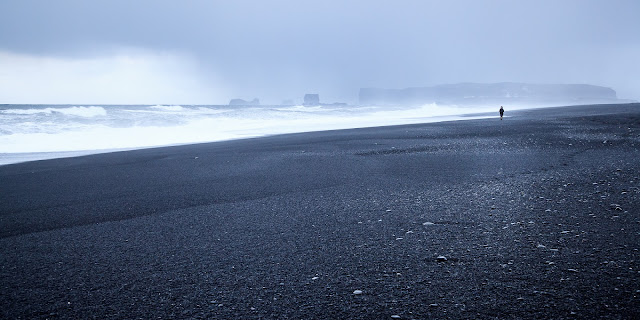 Above is a photo of June walking on the black sand beach before sunrise.  A small single figure in a simple uncluttered landscape can give the feeling that the person is alone or maybe even lost. 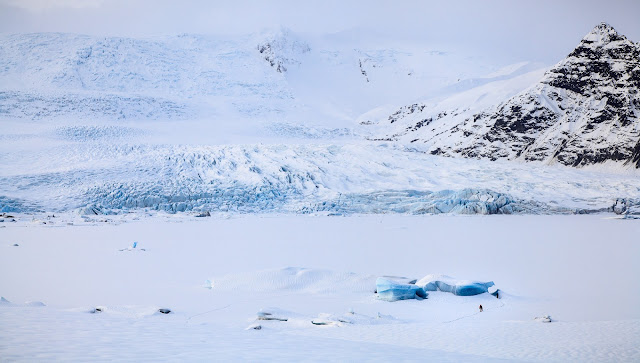 Including a person in a photo can give a sense of scale.  Without the tiny figure in the photo above the viewer may not understand how big the landscape is. 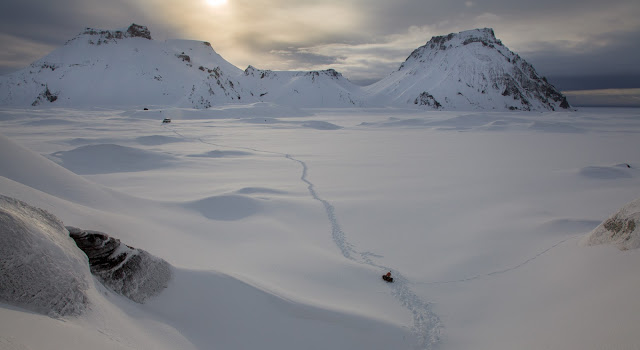 The photo above also includes a couple objects that give a sense of scale.   The pack in the foreground and the van in the distance connected by a path through the snow tells a story of a difficult journey.   It was not difficult to exclude signs of civilization in this photo.  We were miles from anything. 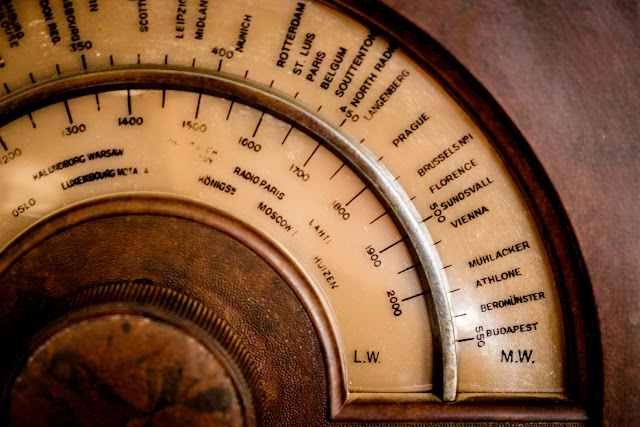 Iceland today is very connected via the internet.  In the past, people living in Iceland had to travel long distances or find other ways to communicate.  This is an old short wave radio that people used to get news and music from around the world.

Do these photos tell a story?  You'll have to decide for yourself.   Next time you're out taking photos think about how you can tell an interesting story that others will want to see.