Photo Adrenaline and The 1%

I got to do something few of my fellow photographers have gotten to do.  I went with June and five friends to Machias Seal Island Migratory Bird Sanctuary (MBS). It is a tiny, treeless oceanic island in the Bay of Fundy rising barely 30 feet above sea level.  This is one of the best locations where Atlantic Puffins raise their young before heading back out to sea.  It was something I was really looking forward to. 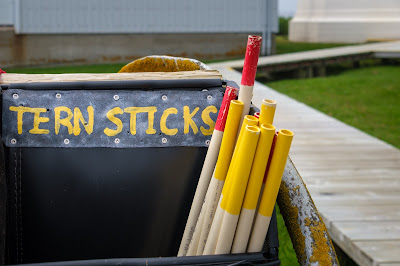 To get to the island you have to take a boat from Cutler Maine or Grand Manan Island New Brunswick. The number of visitors is strictly limited and you have to make reservations months in advance to get one of the trips in June and July.

Once we got there, we were instructed while on the island to always walk with a Tern Stick above our heads.  The ArcticTerns were also raising young on the island and they will aggressively attack anyone without the protection of a stick above their heads.


After being given the strict rules of the island, we were led to one of several bird blinds where four of us stood shoulder to shoulder for about 45 minutes while photographing Puffins, Razorbills, and those aggressive Terns.

As I said, I was looking forward to photographing Puffins.  Once we were in the blind and opened the tiny windows, we saw hundreds of Puffins all over the rocky shore of the island.  They were everywhere and many were just a couple feet away.  Sometimes they looked right at me.

My photo adrenaline was pumping and I shot 1,439 photos in the one hour and 45 minutes we were on the island! Now, what am I going to do with that many photos?  Realistically, I should only need about a dozen photos, or less than 1% of what I shot.

Reviewing my Puffin photos I can identify several mistakes I made.


It was mostly foggy while we were on the island, which I understand is the normal weather condition.  The fog made shooting birds at a distance difficult.  Either the camera couldn't focus or the fog made the photos too hazy.  I did get a few clear shots at a distance, such as the bird in the water and the one in flight. 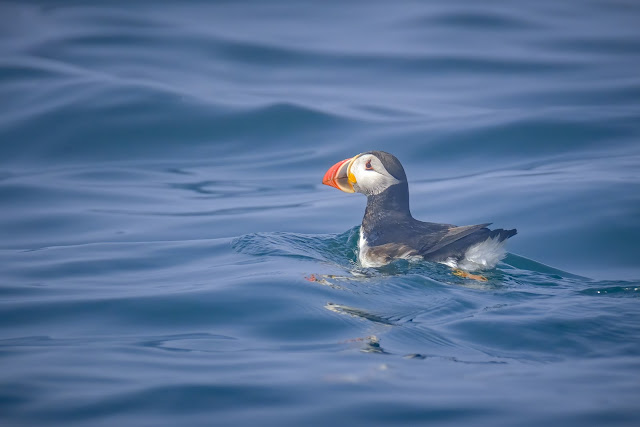 I have now reduced the 1,439 photos from the Machias Island trip down to 175.  I have picked 15 that I like, which means I have reached my goal of narrowing my photos down to the 1%.
1 comment: